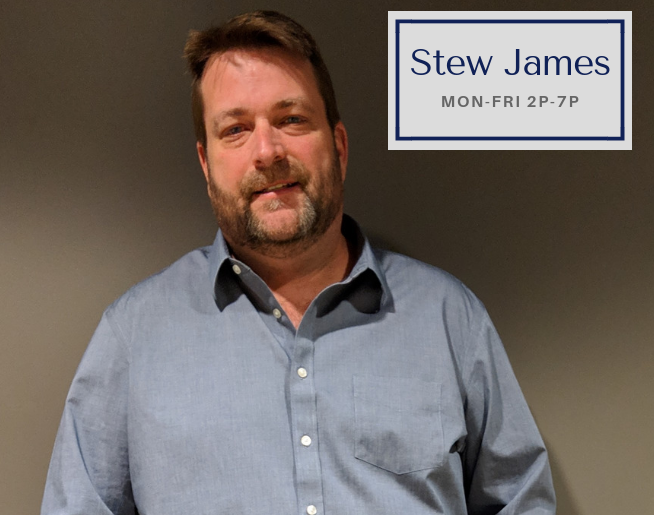 Stew was born in Detroit, Michigan and grew up in Middle Tennessee. He currently lives in Nashville with his wife and daughter.

Stew started in radio in 1994 in Cookeville, TN. He was attending Tennessee Tech during the day and slaving in retail at night, he knew there had to be a better way to make money. He had been attending college for 5 years and figured he had put in his time, not realizing you actually had to graduate! That’s when Stew started working in promotions at WGSQ. He was a jack-of-all-trades, getting experience in the radio world.

One day someone entered the radio station that would change the course of Stew’s life – Marty McFly. Marty and Stew put their heads together and they were off!

Marty and Stew worked together for years for multiple stations on mornings and nights. They were honored with nominations from the Country Music Association and Academy of Country Music. Marty and Stewart then went their separate ways for a while, during that time Stewart made his mark in the radio world, working for stations such as WGFQ, WHUB, WRKK, WSIX, WKDF and KMXN. Marty and Stew joined back together again in 2011 on the syndicated show, The Live Ride as well as taking on mornings on WKDF. Some could say they are like a bad relationship – breaking up and getting back together. Currently Marty and Stew are on a split, but reunited on the same station!

Stew is at the helm of your afternoon helping you wrap up the workday and get you home with up-to-the minute afternoon traffic!

Stew James is joining the team for Afternoon Drive! We want to help you get to know Stew James!… END_OF_DOCUMENT_TOKEN_TO_BE_REPLACED