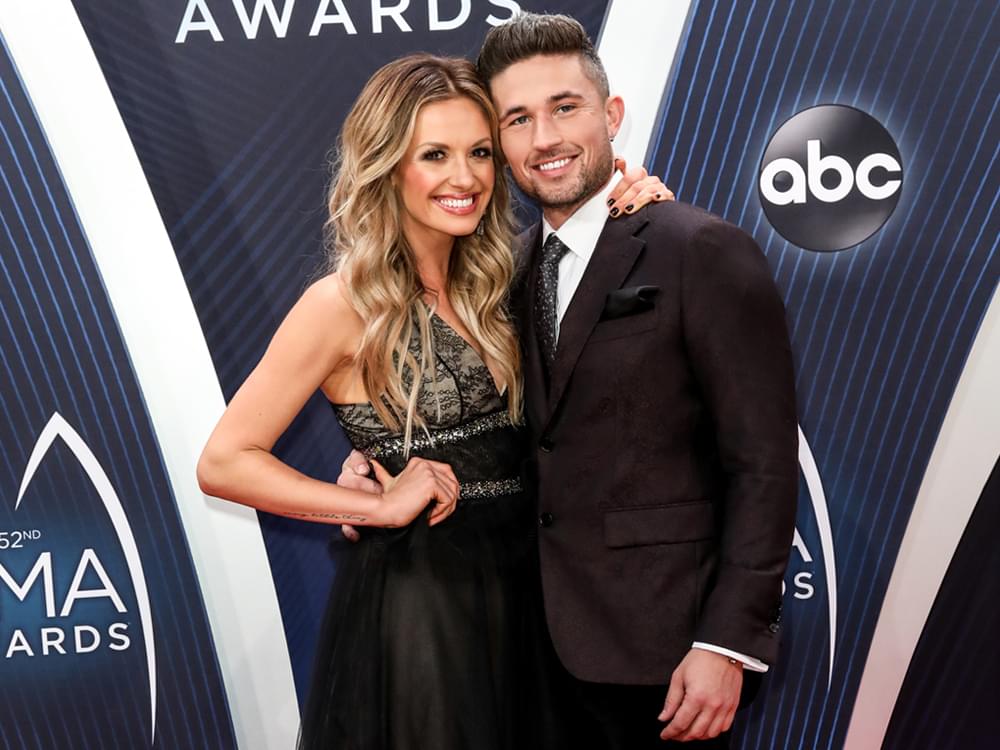 Carly Pearce stopped by the Ty Bentli Show on Sept. 24 to talk about her new single, “I Hope You’re Happy Now,” being nominated for her first CMA Award and dish about her upcoming wedding to fellow country artist Michael Ray.

“I Hope You’re Happy Now,” which features Lee Brice, will impact country radio on Sept. 27. Penned by Carly, Luke Combs, Jonathan Singleton and Randy Montana, the tune is the second single from Carly’s upcoming sophomore album, which is expected to drop later this year. In addition, Carly was recently nominated for her first CMA Award for New Artist of the Year.

Now . . . the wedding details and more. Here are a few choice excerpts from the interview, which you can catch in its entirely on The Ty Bentli Show on Sept. 27.

“I’m like 10 days out [from the wedding],” says Carly. “Final count [has stressed me out], but I’ve just gotta let it go. Michael has so many family members—they keep adding [laughing]. I need to chill out a little bit. I wanted like 80 [people] and we’re at 125, but I have like five family members, so you do the math.”

“We’re not doing a ‘first look,’ so that moment [is what I’m most excited about],” says Carly. “I cannot wait for that, and we wrote our own vows and I just finished mine. That was such an emotional—I didn’t expect to be so emotional writing them.”

“To be marrying the love of my life, to be nominated for my first CMA, to have this single coming out that I’m so proud of . . . it’s exciting,” says Carly.