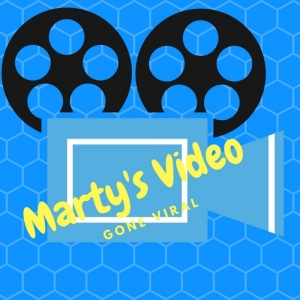 Fox affiliate in Milwaukee was showing a live shot of downtown on Tuesday.  And they happened to get footage of some weird lights darting around the night sky. No one seems to know what they were, but there were dozens of them. Various theories include aliens, birds, fireworks, or just a weird reflection from the camera lens or something. They don’t really look like ANY of those things though.  Especially not birds, because they’re glowing.  And they have little trails behind them like meteors.  Apparently, there WAS a flock of seagulls flying around in the same area though.  It’s possible a lag in the video feed just made it look like they had trails of light.

(Search for “Eerie Scene Over Downtown Milwaukee Captured on Camera.”)