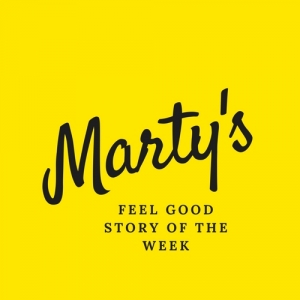 A Guy Wore a Pink Wig for Three Months to Support His Wife with Cancer . . . and Even Wore It for Their Wedding

HIGHLIGHTS:  A 45-year-old guy in England wore a pink wig every day for three months to support his wife while she was battling breast cancer.  He raised about $5,000 for charity by doing it, and even wore it for their wedding back in December. The man’s name is Pete Bridgeman his wife Debbie has been battling stage-two breast cancer. So to support her, he wore a pink wig EVERY DAY for three straight MONTHS. Debbie ordered it online on a whim.  Then one of Pete’s friends offered him money if HE wore it. After that, Pete started wearing it to raise money for charity.  In three months . . . from November through January . . . he raised about five grand.Pete even wore it for their WEDDING back in December.  Debbie had to wear a wig because of her chemo, so he decided to wear his wig too . . . even in the photos. The best news is Debbie is on the road to recovery.  She has to get a shot every three weeks and take a special pill for the next five years.  But she’s done with all of her other cancer treatments.