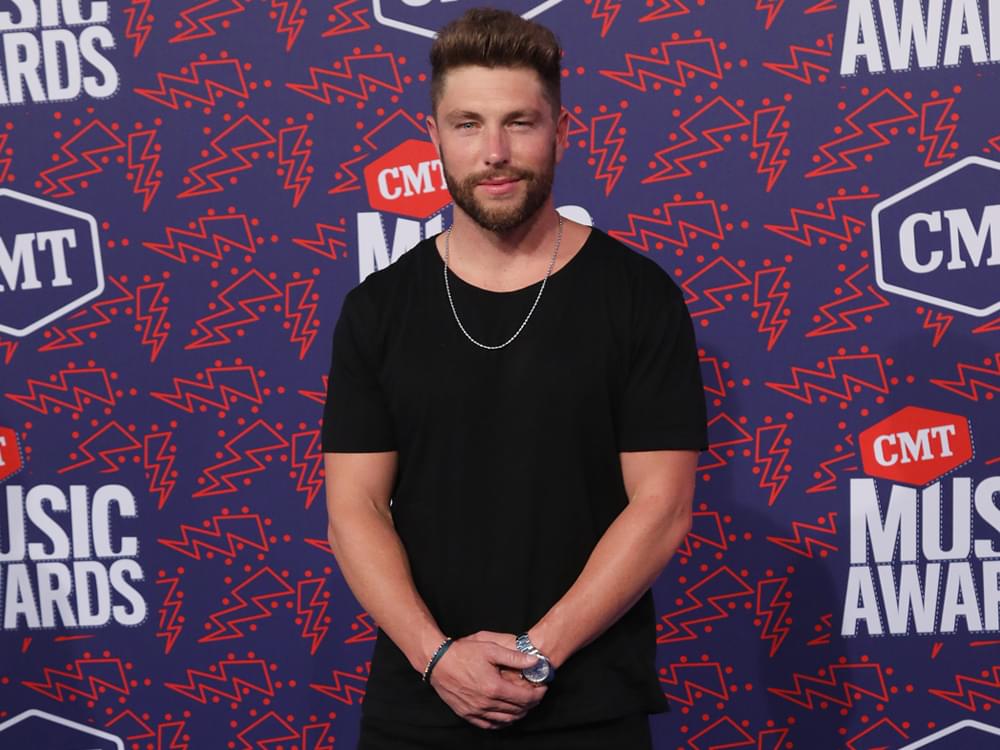 Chris Lane scored the second No. 1 single of his career as “I Don’t Know About You” ascended to the top of the Mediabase chart this week.

Penned by Ashley Gorley, Hardy, Hunter Phelps and Jameson Rogers, “I Don’t Know About You” is featured on Chris’ 2018 album, Laps Around the Sun. Chris notched his first No. 1 single in 2016 with “Fix.”

As Chris told Kix Brooks of American Country Countdown, “I Don’t Know About You” has become synonymous with a line from its chorus, instead of its title, which isn’t totally out of the norm. How many times have you heard someone refer to Tim McGraw’s “Something Like That” as the “Barbecue Stain” song or Chris Young’s “Gettin’ You Home” as the “Black Dress” song?

When it comes to “I Don’t Know About You,” Chris says fans have given it the alias of “Wrist Tattoo Bible Verse” song, which is actually the lyric from the chorus that initially grabbed him: “What’s your name, what’s your sign, what’s your birthday? / What’s your wrist tattoo bible verse say? / Tell me this, do you kiss on the first date? / Don’t hold anything back.”

“There were a lot of lines that stood out in this song, but the one line that stood out to me, honestly, is the same line that I think stands out to everybody else—the ‘wrist tattoo bible verse’ line, because people don’t call this song ‘I Don’t Know About You,’ which is the real name of it,” says Chris. “I don’t care if I’m in a grocery store or whatever, people will come up and say, ‘I love your “wrist tattoo bible verse” song’ [laughing]. So, people have associated that line as being the line of the song.”