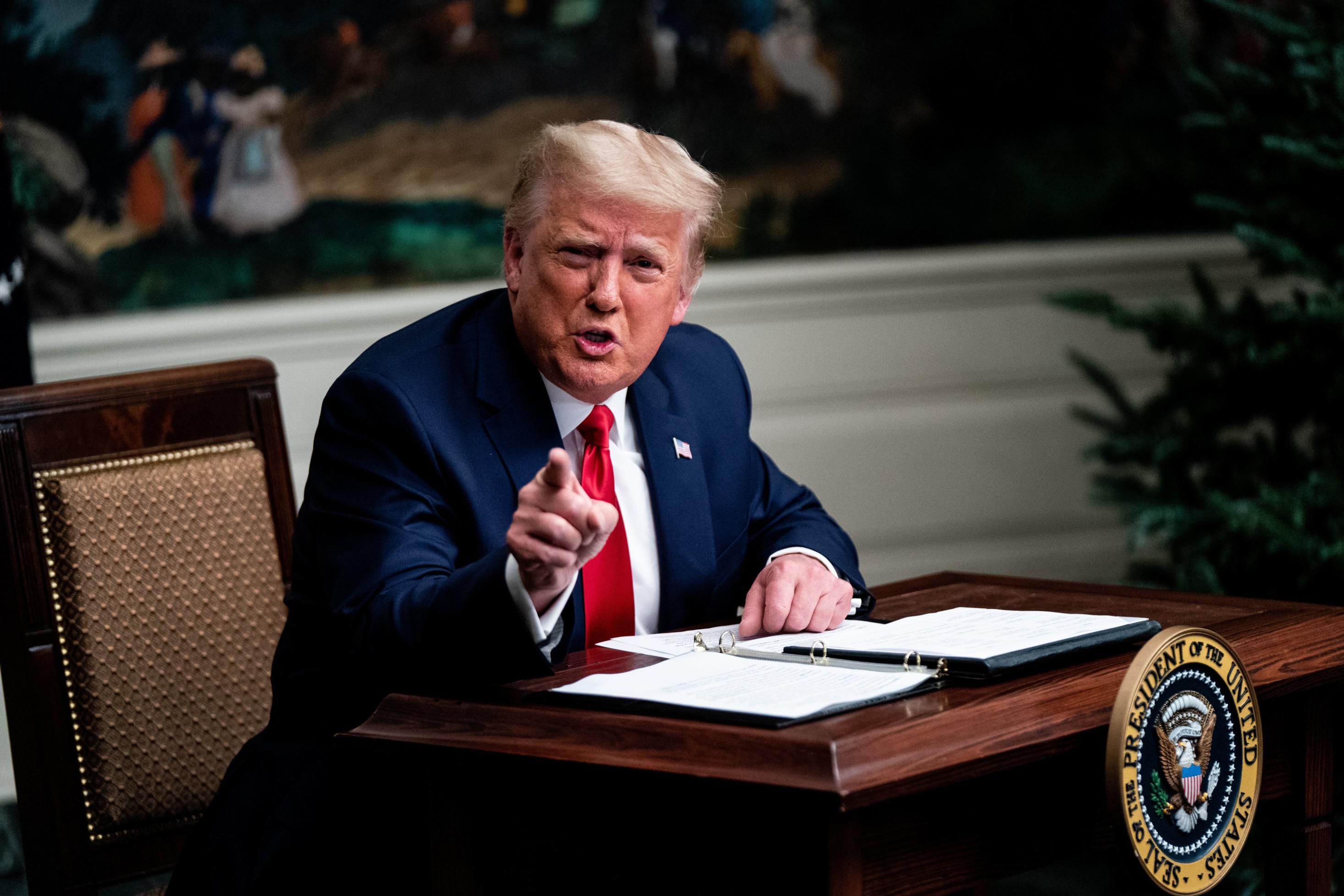 With the clock ticking on Donald Trump’s presidency, a number of associates have appealed to him in recent days in hopes of obtaining pardons before he leaves office in January. While some face imminent legal threats, others are staring down potential legal headaches that a presidential pardon likely won’t alleviate.

Among the names that Trump and his advisers have discussed as potential pardon recipients, CNN has reported, are Trump’s three eldest children — Eric Trump, Ivanka Trump and Donald Trump Jr. Also included in the potential “flurry” of pardons that may be issued in coming weeks, CNN has reported, are the President’s son-in-law, Jared Kushner, and personal attorney, Rudy Giuliani, who has been pushing dubious legal battles in hopes of overturning the results of the presidential election.

Pardons for any of them or for the President himself would be preemptive, since none of them have been convicted of or charged with crimes. But all have faced various legal challenges, and at least one, Giuliani, has recently been under federal criminal investigation.

Giuliani has denied discussing a pardon for himself with Trump.

The biggest question is whether Trump will seek to pardon himself, as he faces an array of possible legal problems that are likely to intensify as soon as he leaves office and sheds the protections of his position.

The most serious threat facing Trump is a criminal investigation by the Manhattan district attorney into the financial workings of the Trump Organization, an inquiry that wouldn’t be affected by a presidential pardon.

Prosecutors have suggested in court filings that the investigation could examine whether Trump and his company engaged in insurance fraud, criminal tax fraud and falsification of business records.

Another potential case Trump faces is the possible revival of the federal inquiry concerning what prosecutors in the Manhattan US attorney’s office have said was his direction to his former attorney Michael Cohen to violate campaign-finance law by paying hush money to women who alleged earlier affairs with Trump during the 2016 election cycle. (Trump has denied he had affairs with them.)

In prosecuting Cohen, prosecutors cited the President as “Individual 1” in charging papers but didn’t pursue Trump himself due to an opinion by the Department of Justice’s Office of Legal Counsel that says a sitting president can’t be indicted.

The Biden administration’s Justice Department, however, could choose to reexamine Trump’s role once he leaves office.

One wild card is what would happen to a decade-long civil tax audit conducted by the IRS, which falls under the Treasury Department, and whether it could be escalated under a Biden administration to the Justice Department for review. According to The New York Times, the IRS is looking at a $72.9 million tax refund credit Trump claimed.

Trump’s three eldest children have faced various legal entanglements. Special counsel Robert Mueller’s team declined to prosecute Donald Trump Jr. and other members of the campaign on campaign finance charges for their participation in the June 2016 meeting at Trump Tower, in part because they couldn’t prove that they had “willfully” violated the law.

Kushner also attended the meeting, along with Paul Manafort, Trump’s former campaign chairman. Manafort was convicted of federal crimes but he did not cooperate with the Mueller investigation. He is serving a seven-year prison sentence. CNN has reported that he is among the names Trump is considering for a pardon.

Ivanka Trump hasn’t surfaced in any federal investigations but her name came up recently as part of the Manhattan grand jury investigation.

State prosecutors sent subpoenas to the Trump Organization following a New York Times investigation into President Trump’s tax returns that first disclosed he had taken $26 million in write-offs that came from fees he paid to consultants, including an apparent $747,000 fee that the Times said matched a payment disclosed by Ivanka Trump. There’s no indication that Ivanka herself, who called the probe “harassment,” is under investigation.

She has also factored into a civil investigation into the Presidential Inaugural Committee, which is being run by the Washington attorney general, into misuse of nonprofit funds. On Tuesday, she was deposed as part of that lawsuit, according to a court filing.

The attorney general sued the committee and the Trump Organization earlier this year, alleging the committee had wasted more than $1 million by “grossly overpaying” for event space at the Trump hotel in Washington. Ivanka Trump was warned about the costs by one of the organizers, Stephanie Winston Wolkoff, according to the lawsuit. Ivanka was not named as a defendant.

Eric Trump was deposed under oath as part of a civil investigation conducted by the New York state attorney general’s office into whether the Trump Organization defrauded tax authorities or lenders by inflating the value of certain assets.

Ivanka Trump’s husband, Kushner, drew scrutiny for providing false information about his foreign contacts when applying for his security clearance, but President Trump issued him one anyway.

As for Giuliani, federal prosecutors with the Manhattan US attorney’s office have been investigating him along with businessmen Lev Parnas and Igor Fruman since early last year in connection with their efforts to oust the then-US ambassador to Ukraine, Marie Yovanovitch, and initiate investigations by the country into Trump’s Democratic presidential rival, Joe Biden, and his son Hunter.

After Parnas and Fruman were charged in October 2019, the investigation expanded to Giuliani, and prosecutors sent subpoenas to political donors and fundraisers asking about any business dealings they had with the former New York City mayor or his firm Giuliani Partners.

In September, however, prosecutors brought an additional set of charges against Giuliani’s associates that eliminated a reference in the original indictment to the ouster of Yovanovitch, making it unclear whether that element of the probe is still active.

Still, in recent weeks, FBI agents in New York have questioned witnesses about Giuliani’s efforts in Ukraine and possible connections to Russian intelligence, CNN has reported. The agents have asked questions about the origins of emails and documents related to Hunter Biden that appear similar to those that the New York Post reported Giuliani and others helped provide.