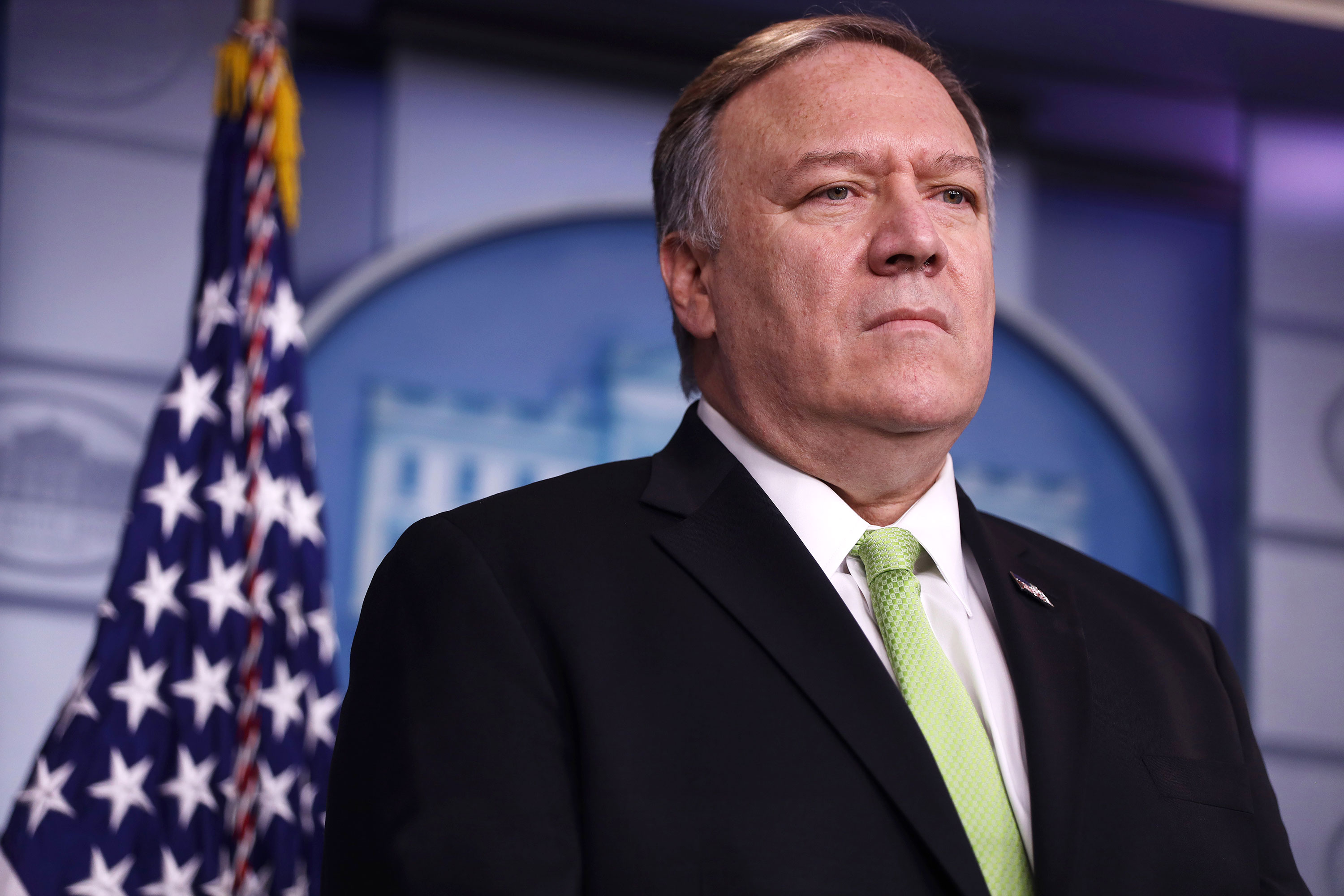 Secretary of State Mike Pompeo has invited hundreds of guests to the State Department for holiday receptions in the coming weeks despite warnings from health experts that Americans should avoid large gatherings amid the worsening coronavirus pandemic, according to two State Department officials familiar with the planning.

The upcoming events, which will offer refreshments and drinks for guests, come as State Department employees have been told not to host holiday gatherings and to maximize teleworking from Thanksgiving until January due to the pandemic, and as staffers continue to receive almost daily emails from the department about Covid-19 outbreaks inside the building, the sources said. Just last week the protocol office, which plans these events, had to undergo deep cleaning due to a potential case.

The invitations for one of the events in mid-December went out to 900 people and the invite for another went to the 180 foreign ambassadors in the US, the sources said. The Washington Post was first to report that more than 900 invites were sent out by the department.

State Department officials are hosting a holiday reception at the State Department or Blair House, which is near the White House, almost every day over the next few weeks, two sources familiar with the planned gatherings said. President Donald Trump’s own hosting of events is causing Pompeo to feel enabled to do the same, the sources said.

A State Department spokesperson stressed in a statement to CNN that the events will adhere to strict coronavirus guidelines, with guests being required to wear masks and socially distance.

It is unclear, however, how social distance guidelines could be followed with more than 100 people — and potentially more — in one room.

There will also be temperature checks and guests will be contacted with “health and safety precautions” before the events that ask that they not attend if they think they have the virus or have been exposed in recent days, the spokesperson said.

“We’ve taken every precaution to thin out the number of individuals in all spaces at one time, and plan to keep outdoors space open and available to attendees, weather permitting,” the spokesperson said, though they did not explain why food and beverages would be served if masks are required.

The planned events are leaving State Department career officials enraged, as they have concerns about the parties contributing to the spread of the deadly virus. Career and contracted staff feel like they cannot say no to working the events, explained one of the officials. There is concern about the potentially dangerous position into which this forces people.

“What makes Secretary Pompeo and his Chief of Protocol, Cam Henderson, think they are above the roles and have the virus under control to throw numerous parties when there is literally a pandemic raging inside the building that they can’t fix,” the second State Department official said.

“It is simply irresponsible,” the first official said, noting that some of the contractors who work in the kitchen may not have health insurance.

The upcoming parties will continue a pattern of the Trump administration flouting public health recommendations as the pandemic continues to grip the US. Already the White House itself has been the epicenter of at least three Covid-19 outbreaks among staff and Trump allies, something that isn’t preventing events from taking place there while cases surge.

Several holiday events have already taken place at the White House this week, including one on Tuesday in which Trump talked about spending four more years in office. More are set to take place there in the coming weeks.