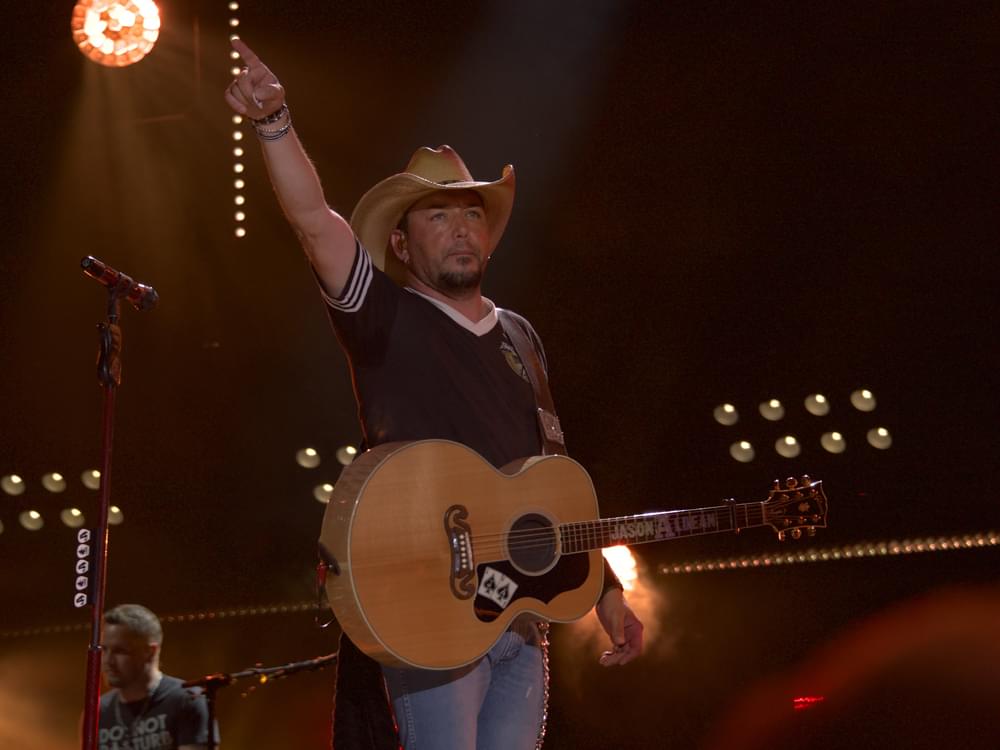 Jason Aldean was featured on a new episode of the PBS series Breaking Big, which profiles how some of the world’s most influential artists, innovators, athletes and leaders achieved success.

The country superstar talked about a number of topics during the 26-minute clip, including the mass shooting at the Route 91 Harvest Festival in Las Vegas on Oct. 1, 2017, that left 58 people dead and more than 800 injured during his performance.

“It was the worst night of my life,” says Jason. “My wife, who was seven months pregnant at the time, was at the show, and I was separated from her, so trying to find her and just getting her and the baby somewhere where they were safe . . . You have a lot of different emotions going on, just heartbroken for families. As soon as it happened we went back to the hospital and we visited with the victims. You know, after that, it’s like a week later, you’re expected to jump back onstage and act like nothing happened and it was rough, it was rough the first couple of shows.”

While the tragedy will never be forgotten, Jason says it won’t keep him from doing what he loves—performing for his fans.

“Life’s short, man,” says Jason. “Don’t live in fear. That night is just something I’ll always remember, but it won’t keep me from doing what I do. No matter what happens from here on out, I’ll always go out and play my shows.”